The PWWG team shares a high level of drive, professional standards, and dedication to our communities. Our story is built on these collective commitments, and through more than four decades–

pwwg has stayed true to its foundation of quality design, thoughtful details, and a thorough approach to professional responsibilities.

we take great care in answering our clients’ needs and ensuring our solutions deliver positive impact. 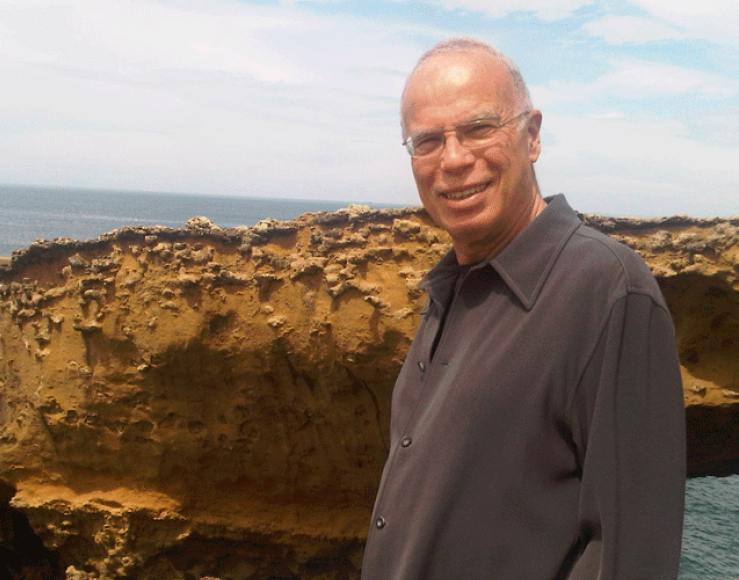 how we got here

THE VISION AND PATH OF Leonard Perfido

Our passions for finding elegant solutions to difficult design problems, preserving historic urban assets, maintaining the highest level of professional and ethical internal operations, and engaging with the community are all part of the vibrant legacy of PWWG’s founder, Leonard Perfido, AIA Emeritus. Leonard established his firm as sole practitioner in 1975, years after moving with his family from New York City to Pittsburgh to be Director of the Westinghouse Design Group. He nurtured professional relationships with the city’s preeminent design, business, and cultural leaders to grow the firm into a highly respected part of Pittsburgh’s architectural scene, with significant commissions in commercial work, higher education, and multifamily housing.

One of the projects that catalyzed the firm’s growth under Leonard was multiple phases of work to establish the Penn-Liberty Historic District, a nine-year visionary effort that transformed a blighted section of the downtown into an arts and entertainment destination that continues to thrive. City entities and private developers retained the firm for additional studies, restoration, and adaptive reuse commissions, including one of the landmark projects to use historic tax credits in Pittsburgh. This work established PWWG’s reputation as a thought leader for urban revitalization, which brought major commissions for preservation, restoration, and reuse in New York City, Pittsburgh, Cincinnati, and other mid-Atlantic states.

In addition to his work at the firm, Leonard volunteered as a leader in civic and arts organizations in Pittsburgh. He received a “VISTA” award as a distinguished ‘Volunteer in Service to the Arts’, served as chairman and member of the board for City Theatre Company, and as a member and vice-chair of the board of trustees of the Carnegie Library of Pittsburgh. He also taught as adjunct faculty at Carnegie Mellon University’s School of Architecture.

Leonard retired in 2006 and currently resides with his wife, Ruth, in Key Largo, Florida.

who, what, and where we are going

Today, we are a culture of dedicated and talented individuals, working collaboratively to achieve our goals for personal, professional, and firm success. We seek opportunities to learn together as architects and welcome chances to develop into well rounded citizens who can support each other and our versatile practice.

The firm’s work in historic contexts has generated an expertise that has extended into urban and campus environments, providing opportunity to design a wide variety of buildings for cultural institutions, higher education, government, businesses, and individuals, including theaters, museums, academic buildings, offices, parking garages, housing and hotels.

Since 1975, the PWWG has served the Ohio River Valley and beyond through it's Pittsburgh office. In 2016, the firm’s renovation of the Cincinnati Music Hall, among many other projects in the city, brought the opportunity to expand to a full-time presence in Cincinnati. We remain dedicated to our office in Pittsburgh as our home base but are equally excited about the continued success and potential for providing extraordinary services in the Ohio River Valley region of Ohio.

Through the years, our clients have provided us the opportunity to design award-winning projects in Pennsylvania, West Virginia, and Ohio, as well as Kentucky, New York, North Carolina, Tennessee, and Maine, always excited about the opportunities to serve our communities and clients with thoughtful design

Cabin on a Pond | On the Boards, “Grand Design Award”

US Department of Energy

read more about our passions
and proven expertise